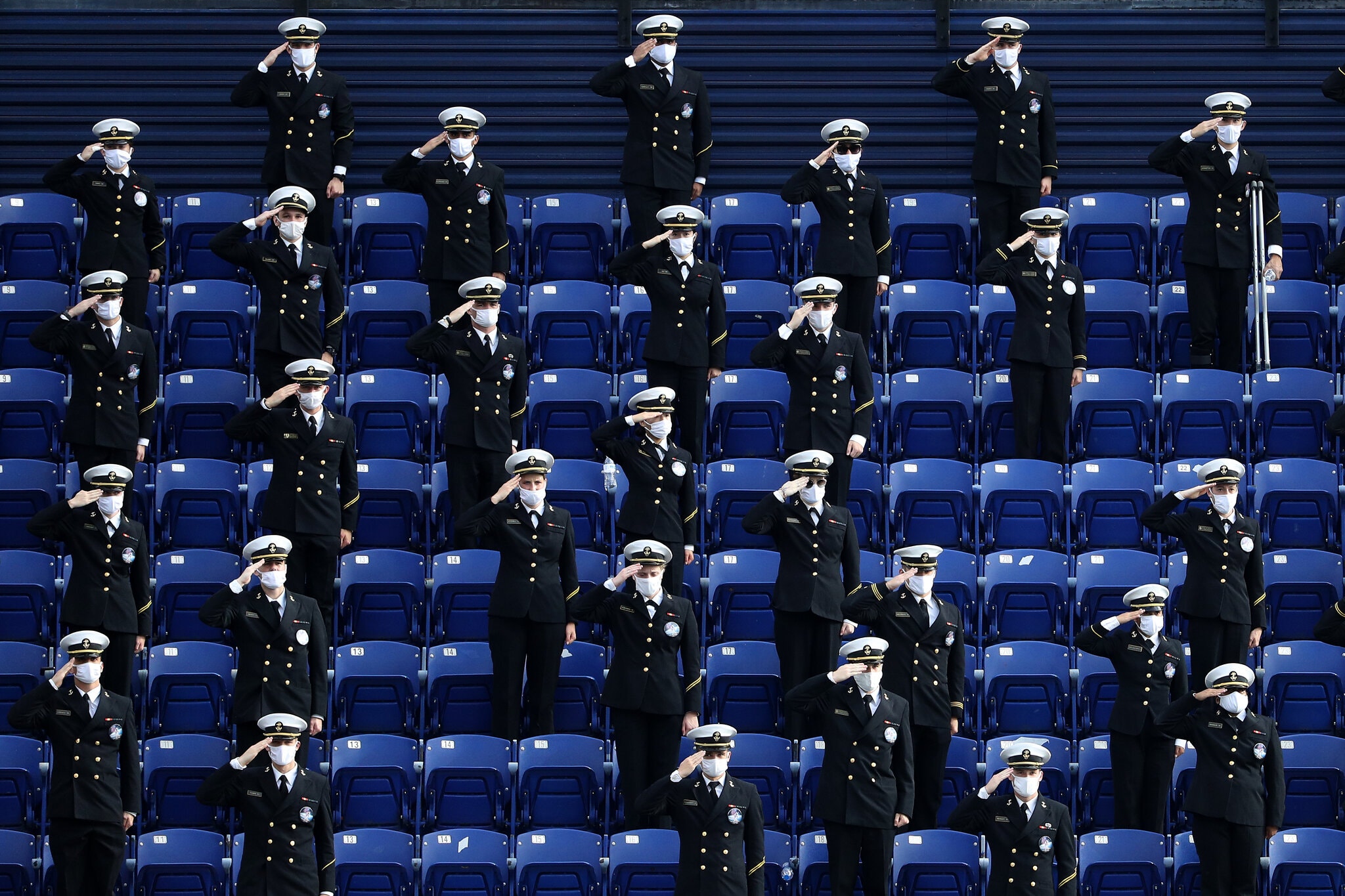 Young, healthy people who contract the coronavirus are often asymptomatic, very rarely need hospital care and can transmit the virus to a roommate unwittingly even when following strict quarantine orders, according to two new studies from the U.S. Navy. The findings support the need for strong measures, like daily testing, that go beyond the temperature checks and symptom reporting now commonly deployed to prevent transmission in offices, dormitories and other group settings, the authors said.

“These findings all point to the need for ongoing testing strategies,” said Dr. Andrew Letizia, a commander and infectious disease specialist at the Naval Medical Research Center, in Silver Spring, Md., and lead author of one of the studies. “We need to augment public health measures and reinforce them with regular testing” in such settings, he said.

The new reports, both posted Wednesday by The New England Journal of Medicine, clarify much of what is known or suspected about Covid-19’s effect on young adults, while also exposing the limits of quarantine measures. One study, led by Dr. Letizia, detailed the rate of new infections detected among nearly 2,000 recruits under quarantine near Parris Island Marine Corps Recruit Depot, in South Carolina, over the summer. It was conducted in collaboration with researchers at the Icahn School of Medicine at Mount Sinai in New York.

The other described an outbreak on the U.S.S. Theodore Roosevelt, an aircraft carrier on which nearly a quarter of the crew — more than 1,200 seamen and women — tested positive in the spring.

Numerous studies in the past year have documented that Covid-19 is often asymptomatic in young people, and that symptoms that do appear are usually mild. And reports of outbreaks on cruise ships, particularly the one on the Diamond Princess in January and February, had found that the virus moves readily through the air between people who are quarantined together in small rooms.

The two new studies are distinct, in that they describe situations in which officials had the resources and the authority to enact comprehensive measures and, in the case of the Marine command in South Carolina, were thoroughly prepared from the outset. The 1,848 recruits who volunteered for that study agreed to remain in quarantine for two weeks at home before reporting for duty; after arrival, they entered quarantine for two more weeks, at the Citadel, the military college in Charleston, which the Marine Corps took over for that purpose. They were tested for the virus on arrival, one week later, and again at two weeks.

The containment measures were extensive on campus. Recruits were under orders to wear masks at all times, except when sleeping; to keep six feet of distance from others; and to sanitize toilets after using them. Most had a single roommate, and all training was outdoors.

“Still, despite very strict procedures that were monitored 24 hours a day by Marine instructors, we identified six transmission clusters,” said Dr. Stuart Sealfon, a professor of neurology at the Icahn School of Medicine, the senior author of the study. Those clusters resulted from one recruit infecting a roommate, or multiple others in the same platoon, which have 50 to 60 members.

The researchers determined that about 1 percent of the recruits had arrived infected with the coronavirus, almost all of them without knowing it. An additional 2 percent became infected during the quarantine period. By the end of the study, the team had identified 77 recruits with positive tests, each of whom was moved to another dorm room, to be quarantined alone.

The outbreak on the Theodore Roosevelt, which began in late March and spread through May, provides a clearer picture of exactly how the virus can spread invisibly among young people. Of 4,779 crew members, 1,271 ultimately tested positive, of whom 77 percent were asymptomatic at the time. Almost half of those who tested positive, 43 percent, never experienced Covid-19 symptoms; a total of 23 individuals were hospitalized, with four admitted to intensive care. One died.

“It really speaks to the stealthy nature of the virus, and how it can move around asymptomatically in such a population,” said Cmdr. Matthew Kasper, the Navy microbiologist who led the study. “And I think the unique situation here — we had everyone get tested. This was not based on any subjective sense or memory recall. They’re hard numbers.”

Outside experts said that the two studies, taken together, demonstrated not only how infectious the virus is but what measures must ideally be put in place to contain it, whether in military or civilian populations.

“The approaches learned from the U.S.S. Theodore Roosevelt and Parris Island can be applied, with varying degrees of relevance, to land-based shared living situations,” Dr. Nelson Michael, of the Walter Reed Army Institute of Research, wrote in an accompanying editorial, “such as college dormitories, prisons, and residential care facilities, as well as sports training environments, meat-processing facilities, and isolated energy plants.”

Ready to Mate? Take Off Your Mask, One Bat Says