What John Bolton and His Book Say About Trump’s 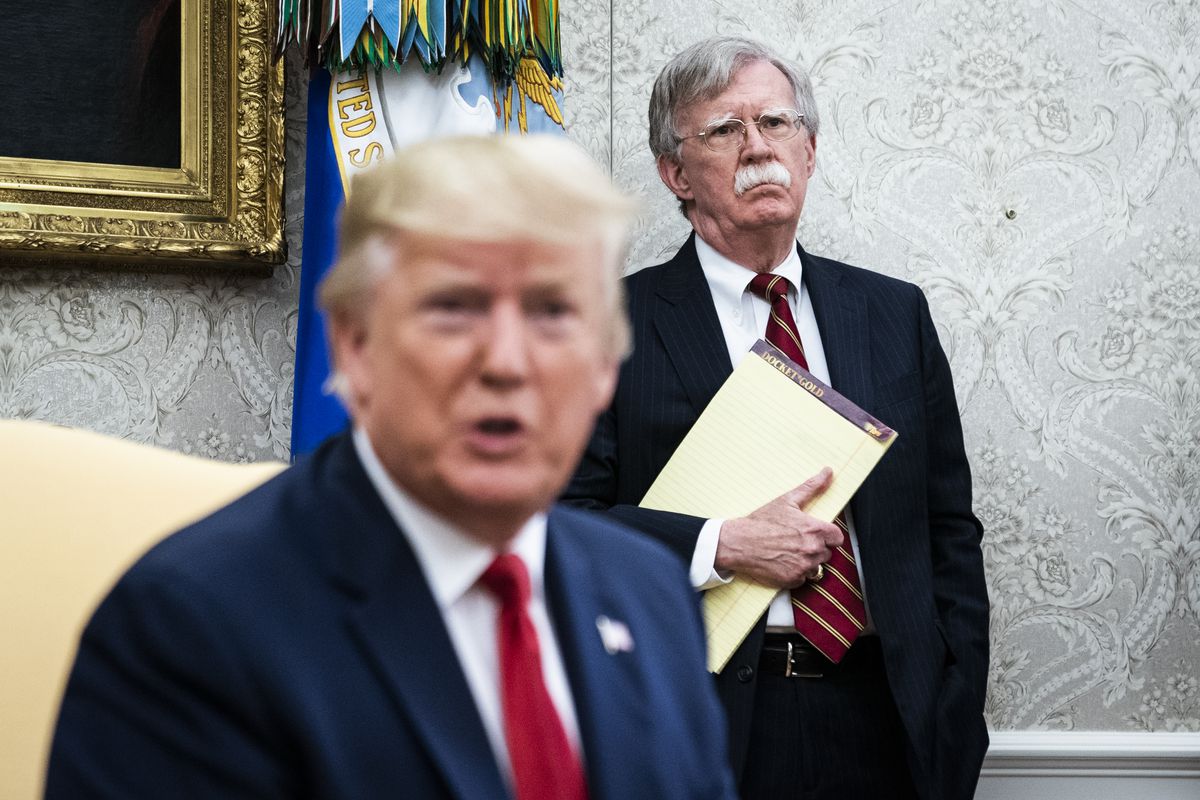 In the book, Mr. Bolton writes about how Mr. Trump “second-guessed people’s motives, saw conspiracies behind rocks, and remained stunningly uninformed on how to run the White House, let alone the huge federal government.” But all of this was clear the day Mr. Bolton entered the White House in 2018.

Regardless, Mr. Bolton was willing to work for Mr. Trump, willing to destroy the governmental structures that could check the president and willing to take notes during vulgar episodes like the president’s endorsement of China’s concentration camps, as long as he got to stay in the room where it was happening and pursue uber-hawkish foreign policies.

When Mr. Trump grew tired Mr. Bolton’s company and policy ideas, he was out of the White House, texting reporters “I will have my say in due course.” As the world waited, the same selfish dynamic played out.

Mr. Bolton was willing to feed information to the Democrats, but not side with them. He was willing to leak to reporters but not speak publicly. He was open to impeaching Mr. Trump, but not on the crimes and misdemeanors as written. He was willing to testify, but only under a subpoena from the Senate. In short, Mr. Bolton wanted to have his say and do it his way. With the book coming out, he has — thanks, in part, to an all-too-willing public. But because it’s only a story about Mr. Bolton versus Mr. Trump, few will ever rally to his side.

As Mr. Bolton finds himself alone at the center of the week’s conversation, one could wonder whether there’s any reason for hope in Washington. Yet, amid the Bolton news storm was a far less noticed story: The Washington Post reported that Lt. Col. Alexander Vindman, who worked for Mr. Bolton on the National Security Council and testified openly during the impeachment inquiry only to be dismissed by Mr. Trump, may not be promoted to colonel because of presidential pressure.

Why is that a hopeful sign? Mr. Vindman’s ordeal is a reminder that there are still heroes in Mr. Trump’s Washington, willing to pay the price to do what’s right — not just what’s in their interest.

During his testimony, Mr. Vindman appealed to and embodied the principles that we all at least claim to hold dear. The contrast with Mr. Bolton, and his book, could not be more stark. After all, what do you call a hero without any followers? Just a guy having lunch all alone.

John Gans (@johngansjr), the director of communications and research at the University of Pennsylvania’s Perry World House, is the author of “White House Warriors: How the National Security Council Transformed the American Way of War.”

The Times is committed to publishing a diversity of letters to the editor. We’d like to hear what you think about this or any of our articles. Here are some tips. And here’s our email: letters@nytimes.com.

Scientists Take Aim at Another Coronavirus Study in a Major Journal